Cat owners are all too familiar with dealing with litter boxes, and perhaps one of the more challenging aspects of this is managing litter smells, and how to get rid of cat litter odors in an apartment.  Apartment dwellers have more of a challenge than homeowners as apartments tend to be smaller, and there are limited choices as to where to put a cat litter box.  However, there are several things that owners can do to conquer the litter box smell in an apartment setting, and these are discussed below. 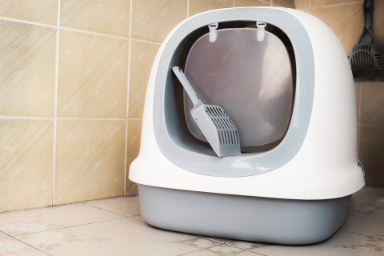 The best way to reduce litter box aromas is to get rid of the cause of the smell, so scooping the box at least once or twice daily can help.  If you have multiple cats, you may have to scoop even more frequently or get more than one litter box.  Also, if you opt for clumping litters, these are easier to clean than the traditional clay, non-clumping cat litters, and, they tend to be lower in dust as well.

This is because the litter clumps up which allows for the owner to scoop it out. With non-clumping, the urine is more likely to seep to the bottom once the litter is completely soiled which can make it more smelly.   If you don’t mind the extra expense, you can also try a self-cleaning, automatic cat litter box that can keep it clean.  However, some cats may be afraid of the noise that the automatic scooper makes.

Another solution is to sprinkle a little baking soda on the bottom of the litter box before you add fresh litter each time.  Or, you can place an open box of baking soda in the same area or room as the box. Baking soda can help absorb litter smells, without adding irritants that will upset your cat’s nose and lungs.  It’s important to note that owners should not spray perfumes or deodorizers near the litter box, as the box odors will only be temporarily masked, and the aerosols can irritate your cat’s respiratory system.

Pick The Right Location For The Litter Box

If kitty’s litter odors are getting to you, try placing the litter box away from common living areas such as the kitchen, bedroom, or living room.  Although this can be a challenge in an apartment, especially in a one-bedroom apartment, it may help to relocate the box to a closet, the bathroom, or an out-of-the-way space.  You may have to experiment with locations and find out which one works best to get rid of smells.

There is a multitude of cat litter choices available, and some work better than others as far as odor control.  There are brands of litters that include baking soda, as well as different smells designed to tackle odiferous cat urine. It might entail trying out several brands to see which ones work best for smell control, and which kind your cat prefers. 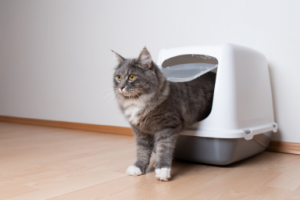 If you have a standard cat litter box that is open, you may want to try a covered litter box to help keep odors contained.  There are many different types available, from rectangular to dome-shaped covered boxes, to even igloo-type designs.

When considering this option, it’s important to make sure that the box is big enough for your pet to do her business and to comfortably turn around in the box. A common misconception is that cats do not like covered litter boxes. According to a study, cats do not really care whether it is covered or not.

Use Deodorizers And Air Purifiers

Some owners may want to tackle noxious fumes with deodorizers or air purifiers.  Veterinarians recommend using deodorizers that contain natural enzymes and odor neutralizers and advise against commercial deodorizers and sprays as they may irritate your cat’s upper respiratory system.  Placing an air purifier next to a litter box can also be an effective option in removing litter odors in your apartment.

Replace The Litter Box Once A Year

As time goes on, litter boxes can become scratched from clawing as your kitty buries her business, or they can become cracked, and damaged as well. Scratch marks and cracks provide places for bacteria to collect and multiply, and these bacteria can give off smelly odors, adding insult to injury when it comes to litter box fumes.  For this reason, it’s recommended to change out your litter box once a year.

Wash The Litter Box Each Month

Once in a while, preferably once a month, it may be worth it to completely dump the litter and thoroughly scrub and wash the cat litter box.  Although this is less than a pleasant task, it can help control odors immensely.  You can use soap and water to clean the boxes, but try to avoid bleach or other strong-smelling cleaning products.  After the box is dry, add fresh litter.

Keep The Litter Box In A Well Ventilated Area

This may be a challenge in a studio apartment, especially a small one, but if possible, pick an area that has some ventilation to house your litter box.  Some owners may prefer to place their cat’s box in a small, confined space that’s well away from the human spaces, but this only concentrates the odors in a single area. For example, if you keep the cat litter box in a closet, those odors will be unable to escape, creating a smelly environment.  And if you think it’s smelly, your cat will probably think so too, and may just avoid that space altogether.

Having a feline companion to share a studio apartment can be a wonderful thing, but dealing with smelly litter boxes can be a challenge, especially in a small space.  Fortunately, there are solutions and several options for apartment dwellers to reduce litter box odors in their living areas.  It may take some experimentation to find out what works best for you and your kitty, but there are options for eliminating litter odors and making for a more pleasant, and odor-free apartment space. 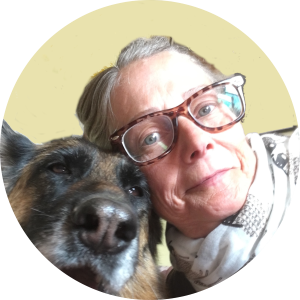